The way forward, a series through which I contemplate and analyze the urban life.

The legs are the closest part of our body to the ground and the nuances of green that characterize these paintings express this concept. The legs apart from supporting our weight, they support and orientate our history.

“The way forward” is a series of paintings on canvas made from pictures taken on the street. To create this works I’ve took inspiration from pictures of the Cuban everyday routine when the former Soviet Union and Eastern Europe’s grant disappeared from the country and the “Special Period” started with eternal cues, the absence of hope and infinite juridical and civil changes. Creating a society drowned in a “impasse” closed on itself.

In these monochromatic works of art, I’ve decided to use a variety of shades of green so that the monotony of the color’s contrasts with the colorful Cuban reality. In these paintings, the green becomes a metaphor for all the things that can develop in this new era and prosper.

The project consisted in disposing directly on the gallery’s floor and walls the series of paintings, with the intention of reproducing the exact perspectives of the Cubans streets in which the photos were taken. The paintings must be disposed without leaving space in between them.

I want that the spectator enters and becomes part of the story that I want to tell and that when he stands up in front of the paintings it is like he is looking at his reflection in the mirror. My goal is to transmit my point of view on the difficult daily reality that the Cubans have to face.

This series of paintings tells a story that I have never been able to tell, it refers to a series of incomplete events as incompletes as the same portraits.

The spectator in front of these fragmented portraits has to ask himself a series of question about the human society: Where are we? How are we? Where are we directed? Why do we come back? why so we feel comfortable in the society in which we live?

The series ‘The way forward’ of Yalili Mora started as a commentary of scarcity in Cuba: for example, the shoes that appear as protagonist in her paintings, are a problem in the Country. The artist is so interested in the shoes because they connect the body to the ground and therefore, they connect us to the world. The works are based on pictures that the artist took in Cienfuegos. In some of the paintings she reproduced people that she knows: a couple of blind homeless, a drunk man in a bar, someone who asked her some money while she was taking the picture. They are all people that walk down the roads of the city living their own. The monochromatic green completes the series, it’s the color of optimism and it represents the spiritual faith in contrast with the profound poverty and disorganization of the country. 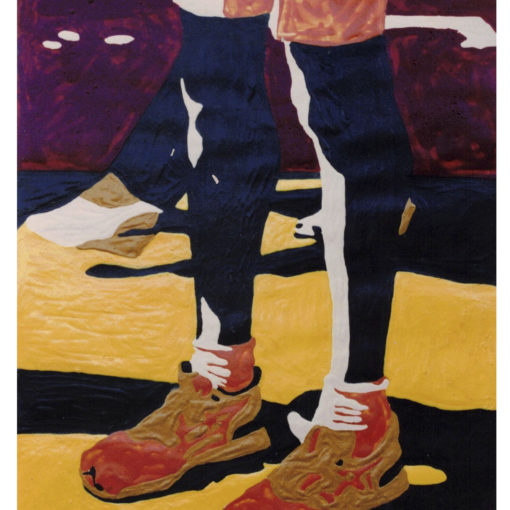 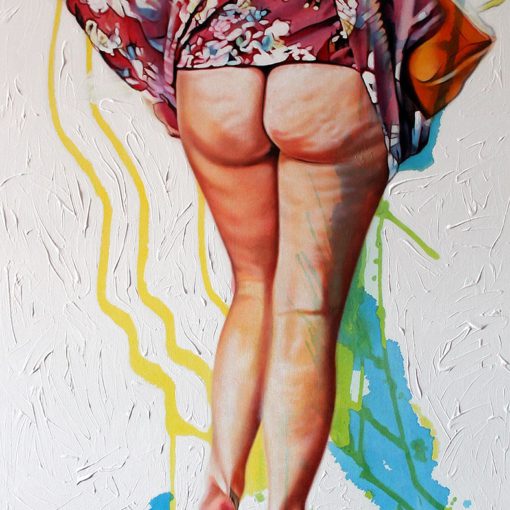 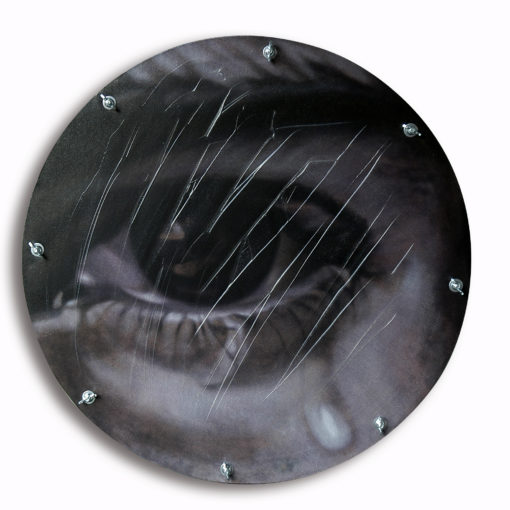 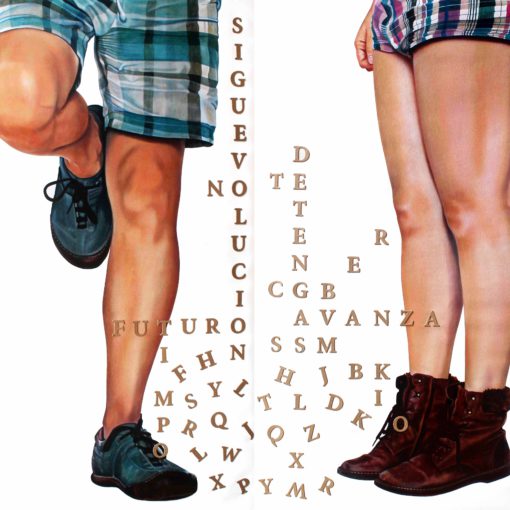